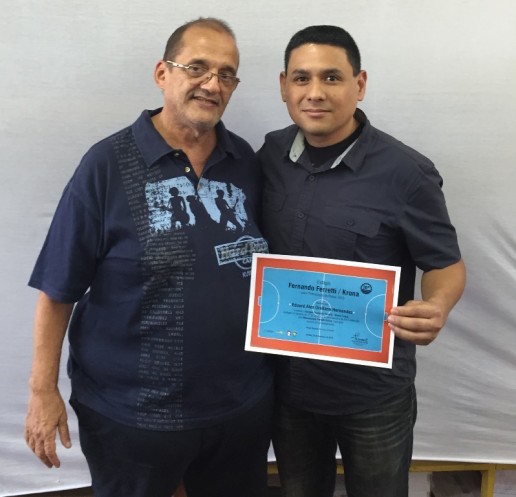 According to the club, he has met all of the in-class and on-court requirements and now holds a Brazilian Futsal Coaching Certification bearing the CBFS (Confederacao Brasileira de Futsal) seal.

Futsal is the official FIFA and UEFA version of indoor five-per-side soccer. Technical skill development of young players has particular emphasis on the skills of passing, dribbling and close control. The main feature of the game is the ball which is a size 4, slightly weighted leather ball with restricted bounce.

Barrie Futsal has an adult co-ed league, elite competition travel teams and a men’s league as well as training programs for kids as young as 5 years old, and youth.